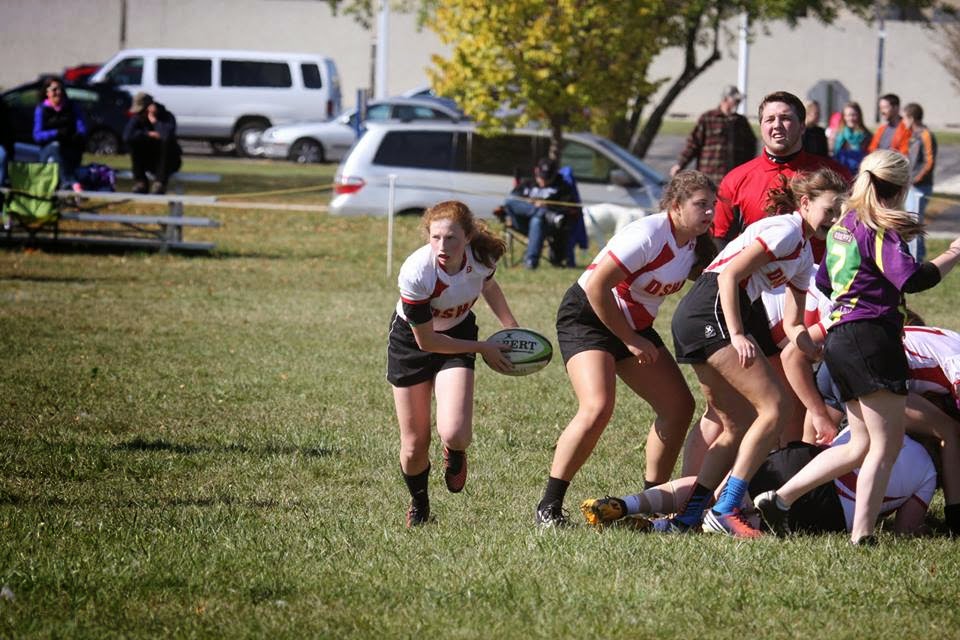 ﻿
Pictured:  Brookfield senior Reina Anderson getting around the corner on the defense. 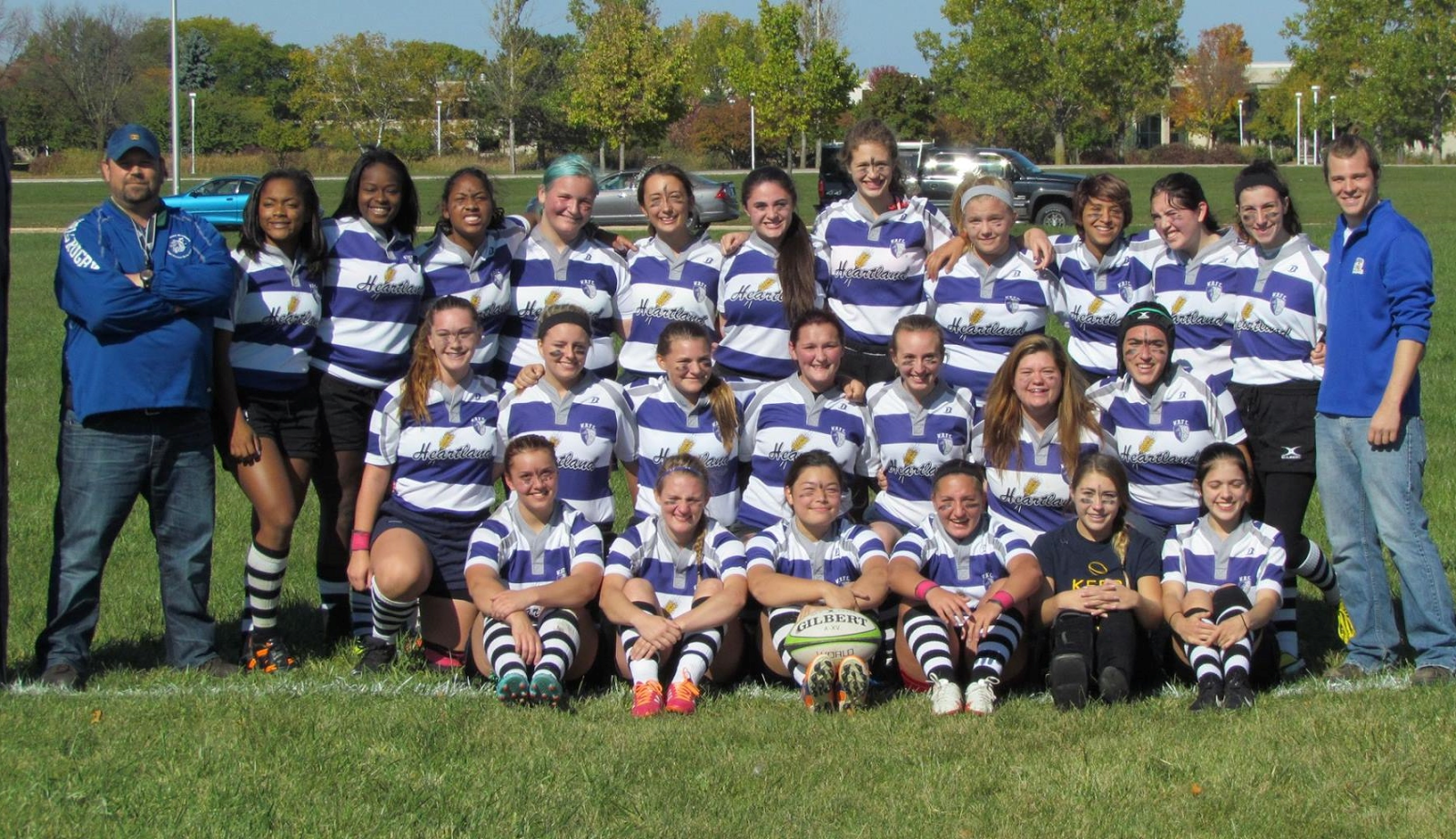 "They are a good team," said Coach Klein after the first meaningful conference matchup between the sides in some time.  DSHA emerges as conference champions.

DSHA jv  defeated Appleton
Sophomore scrumhalf Genevieve Rusch may have been the player of the match as the young Dashers moved the ball skillfully throughout.

Oak Creek gave Brookfield all they could handle for 60 minutes, but fielded only 13 players. Liz Grall, Megan Bird, and Kayla Kurszewski scored tries for Oak Creek in a brave effort.  Coach Kurth noted that Brookfield's scrumhalf handled the ball well all afternoon and that "Both teams played hard and were exhausted when the final whistle was blown."

Right from the kick off the Bruisers scored early taking the opening drive 70 meters down to the 22, off loading the final play to Reina Anderson for the go ahead try.  Anderson scored again from 22 meters at the 15 minute mark in the first half.  Raquel Galarza scored the conversion kick to put the Bruisers up 12 to 0.  Oak Creek put together some nice forward drives, scoring twice, and the Bruisers had one more 20 meter score from Anderson making the halftime score 17 to 10.

In the second half, Brookfield seniors, flanker Miranda Bradford,  8 man Meredith Paloucek,and  flanker Destiny Dallas, stepped up their defense.  The return of Senior and Wauwatosa East homecoming Queen Destiny Dallas, sparked the Bruisers.   While Oak Creek eventually scored again, Brookfield answered through Sophomore newcomer Abby Andler on a long weak-side scamper.  Reina Anderson scored her fourth try of the game running for 80 meters for her final score to seal the victory. Reina Anderson has scored 15 trys in four matches this season (she was unavailable for the DSHA match)
Bruiser's Coach Grintjes said, "the team is just starting to gel.  The team is really getting what the new coaching staff is putting out there.  Coach Rob Young put together some great backs training sessions and new forward Coach Carly Amy has helped improve the forward play.  The chemistry is really flowing.  I am excited for my first final four with the team."

CMHS  50  Muskego 0
CMHS 29  Muskego  5 (jv game)
In an A and B pair of 7's matches, Memorial Junior Ellie Metz scored three tries, to stay two ahead of her twin, who caught a 17 yard touchdown pass in the varsity football game the night before.  Junior Katie Mcginn and Lizzy Jacobson both added two tries of their own in addition to winning several turnovers.  Sophomore Niina Sjogren also added two tries of her own.